Lucy and David’s Humanist Church Wedding
I am not religious but I understand the attraction of a church wedding for the visual impact and spectacle. I know of good number of non-religious couples who want the ‘church wedding experience’ for the same reason. Personally I have no regrets over marrying in a registry office but that’s like my opinion, man. It’s worth noting that in 2016 there were more humanist than religious wedding ceremonies in Scotland for the first time. Still though, churches do look good.

Back to Lucy and David’s big day. The venue for their ceremony was Queen’s Cross Church in Firhill, Glasgow, aka The Mackintosh Church. This is a stunning building that was designed by Charles Rennie Mackintosh, and in keeping with his style has large windows creating a very bright (and therefore photographer friendly) interior space. The light is truly beautiful inside and made my job easier. The restoration work and interior design is simply stunning, second to none. Queen’s Cross is however no longer a fully operational church, it has been deconsecrated and is now maintained by the good people of the Charles Rennie Mackintosh Society. This all adds up to a very interesting circumstance: a stunningly beautiful, Mackintosh-designed church which is available as a venue for humanist ceremonies. Best of both worlds. 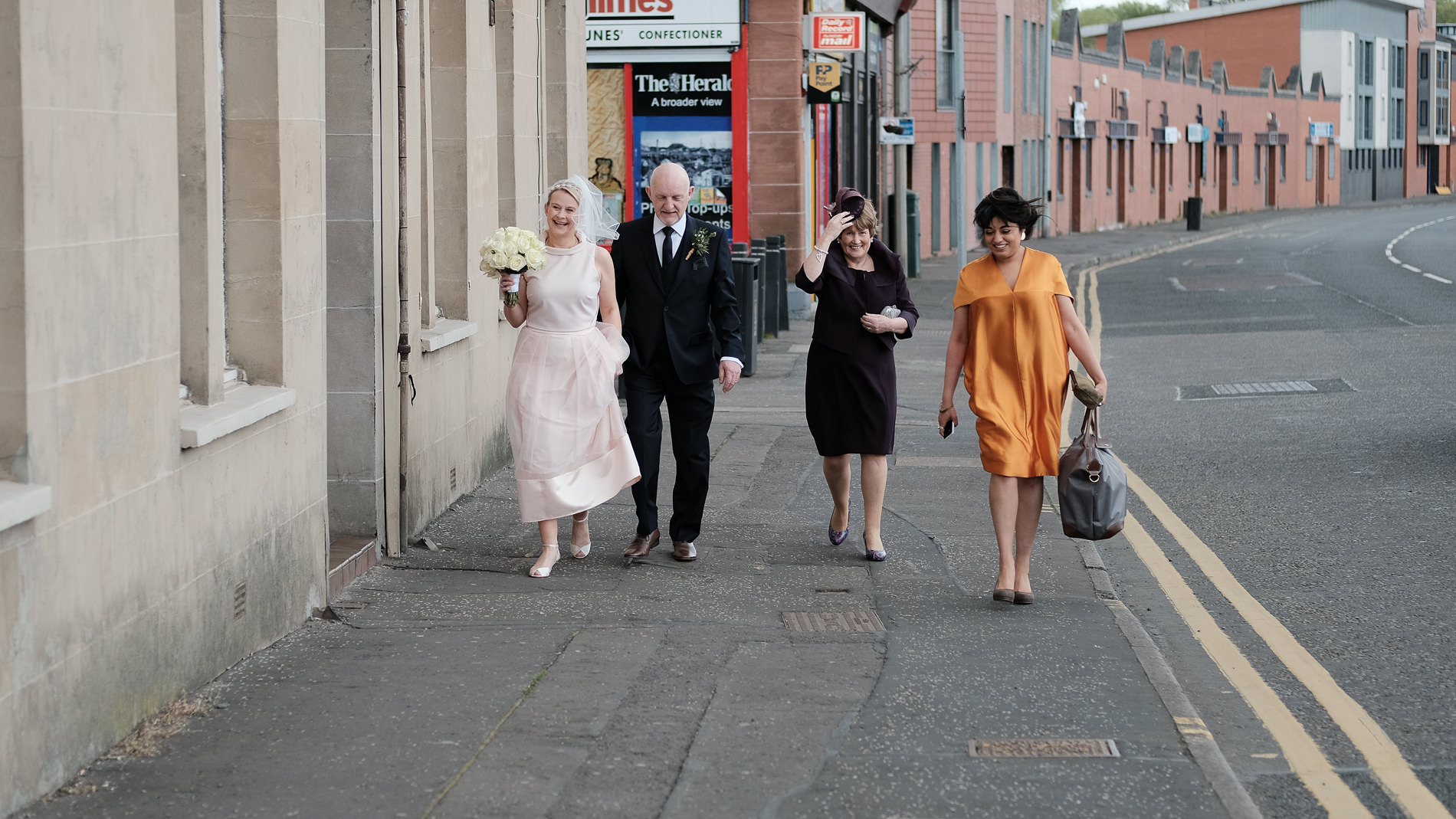 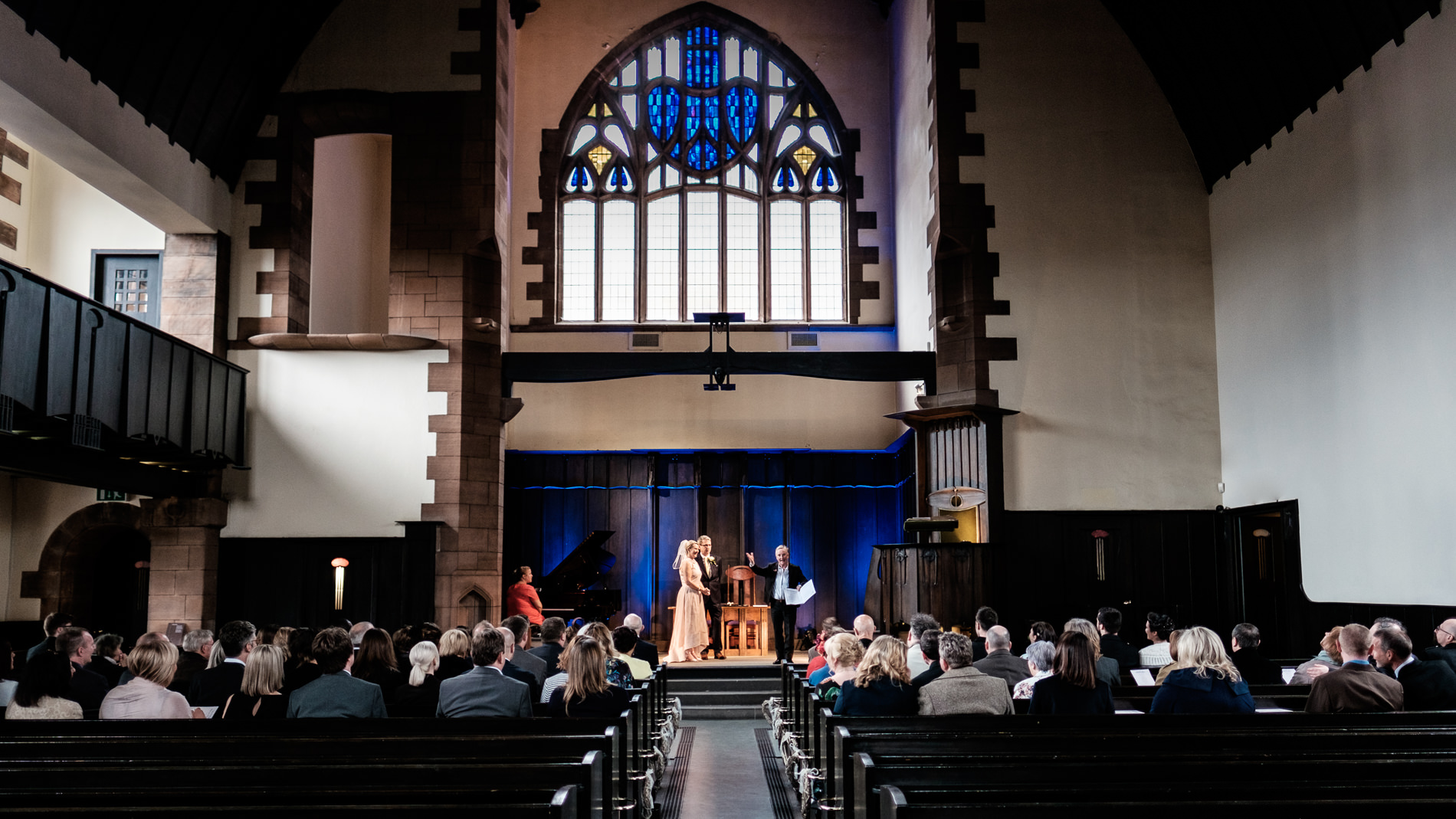 Lucy and David’s wedding was also the exact opposite of a ‘destination wedding’. Their flat overlooks the Mackintosh Church. The reception venue was about half a mile away in their favourite local pub, The Strathmore (they do a killer chile con carne). Lucy, her mum, her dad and her friend walked around the corner and into the church. I just needed to know from which direction they would be coming. There was a coach for the guests to make their way to the pub but many of them walked instead. This was a low carbon footprint, low mileage, local wedding. The bride and groom just phoned a taxi to get to the reception. This was a laid back wedding.

The ceremony was conducted by the humanist celebrant Gerrie Douglas-Scott and was a very personal affair. As Gerrie and her wife Susan’s website points out: ‘It’s all about you two’. The ceremony also included the very old Scottish/British/Celtic tradition of ‘handfasting’. Gerrie used a strip of Harris Tweed cloth which had only just been acquired on the Isle of Harris and sewn by Susan the previous day. By coincidence I wore my Harris Tweed jacket and waistcoat, sadly I didn’t match the hand fasting swatch though. 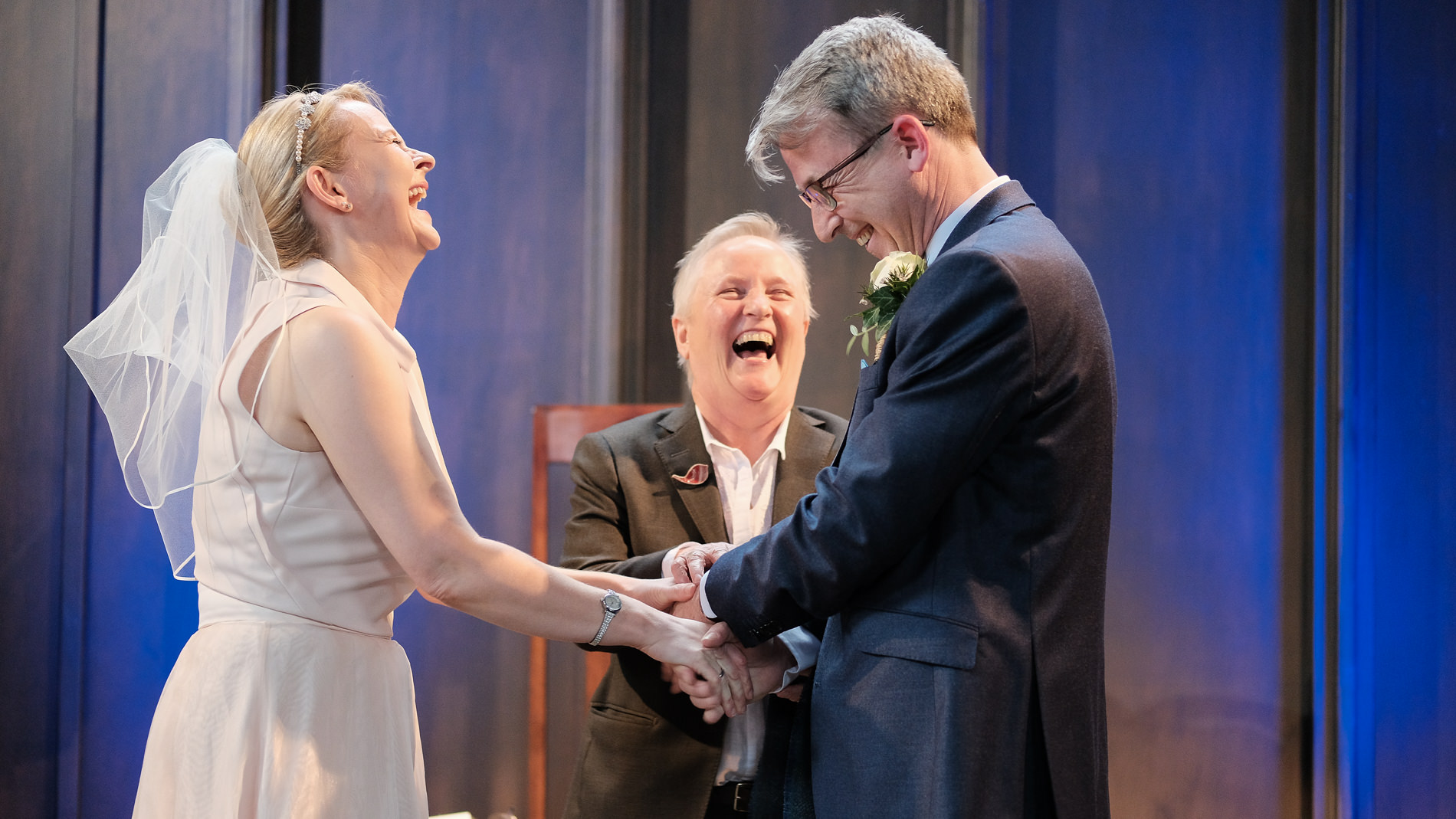 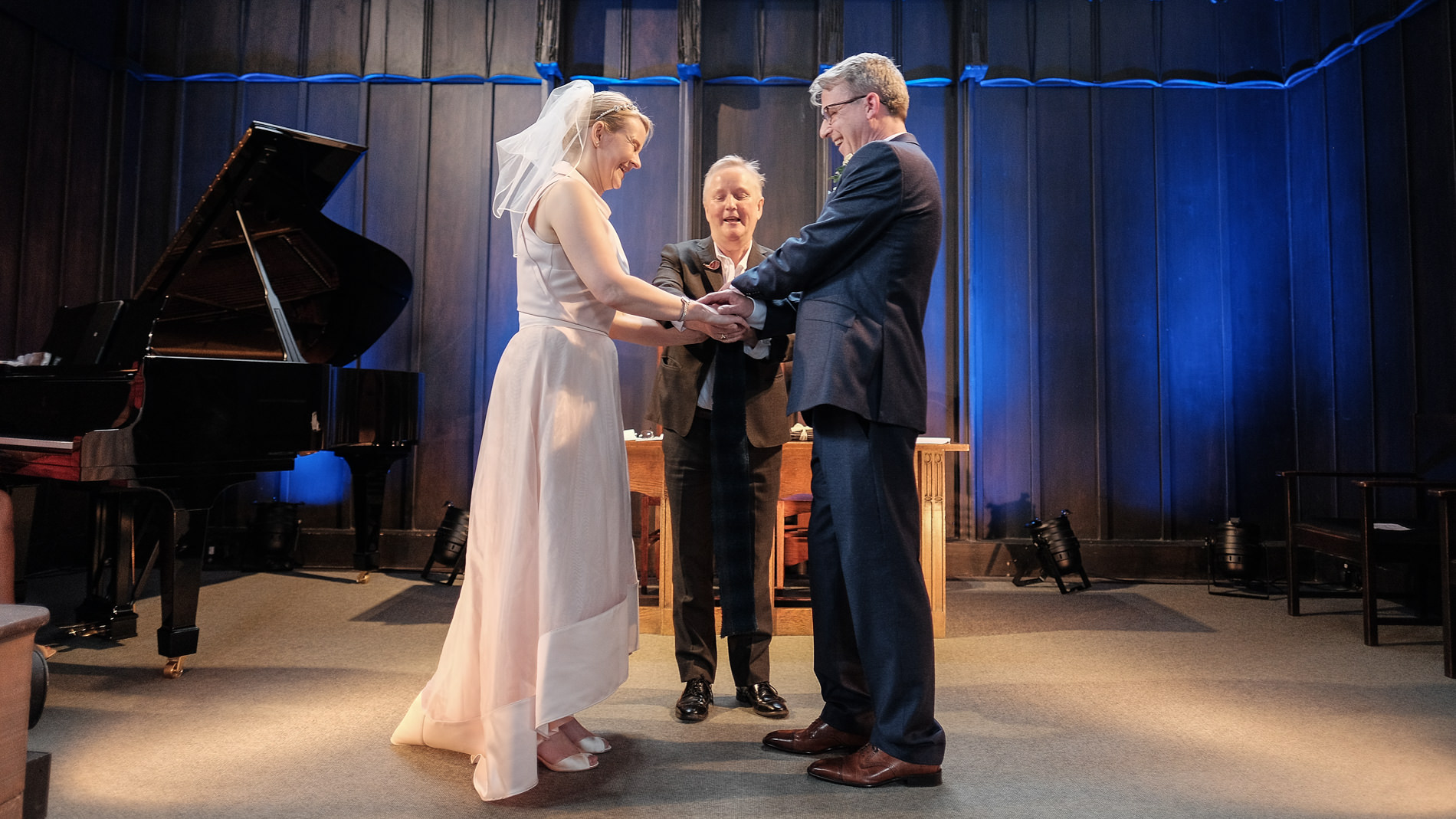 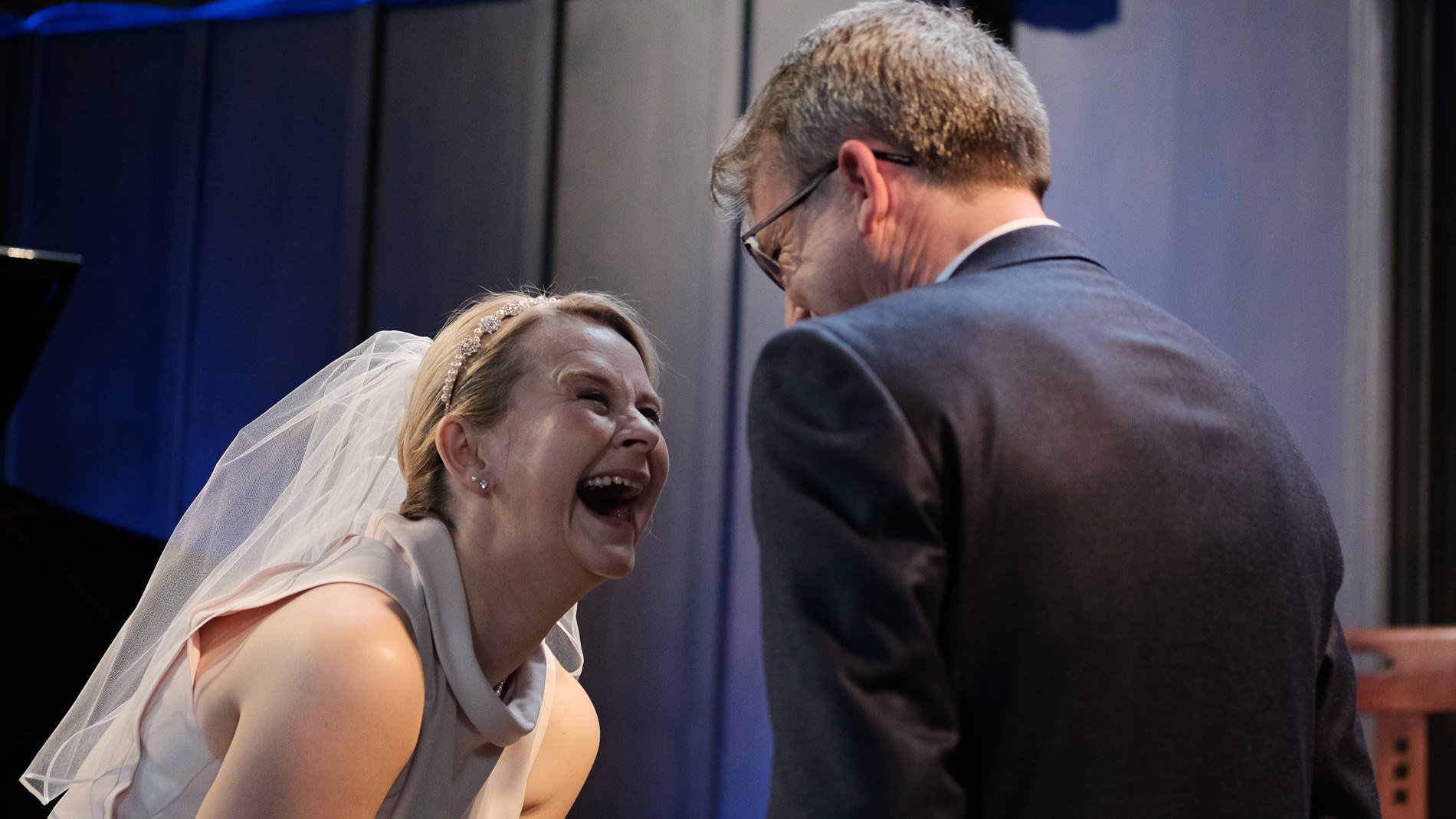 Handfasting is the original ‘tying the knot’ where the couple interlock their hands and the celebrant wraps a strip of fabric around as symbolic ‘joining’. This tradition is making a resurgence in Scotland in humanist ceremonies. There was some hilarity at this point as Lucy and David got their hands in a bit of a tangle. There was a lot of laughter and even more smiles throughout this wedding and reception. Again, making my job of capturing moments and the fun of the day easier. Relaxed, happy people are a joy to photograph  and you may be surprised to find out that not all weddings are like this. 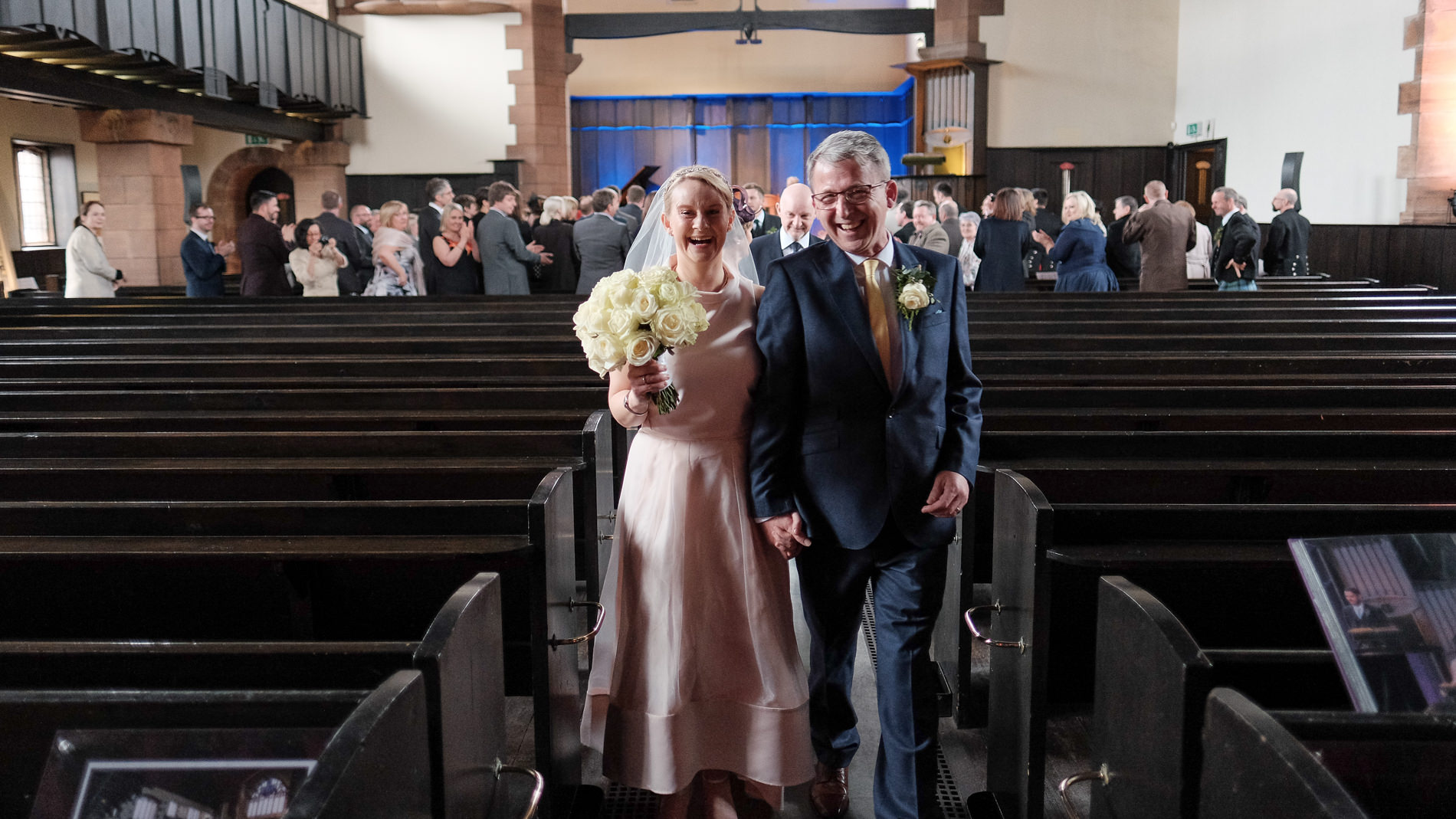 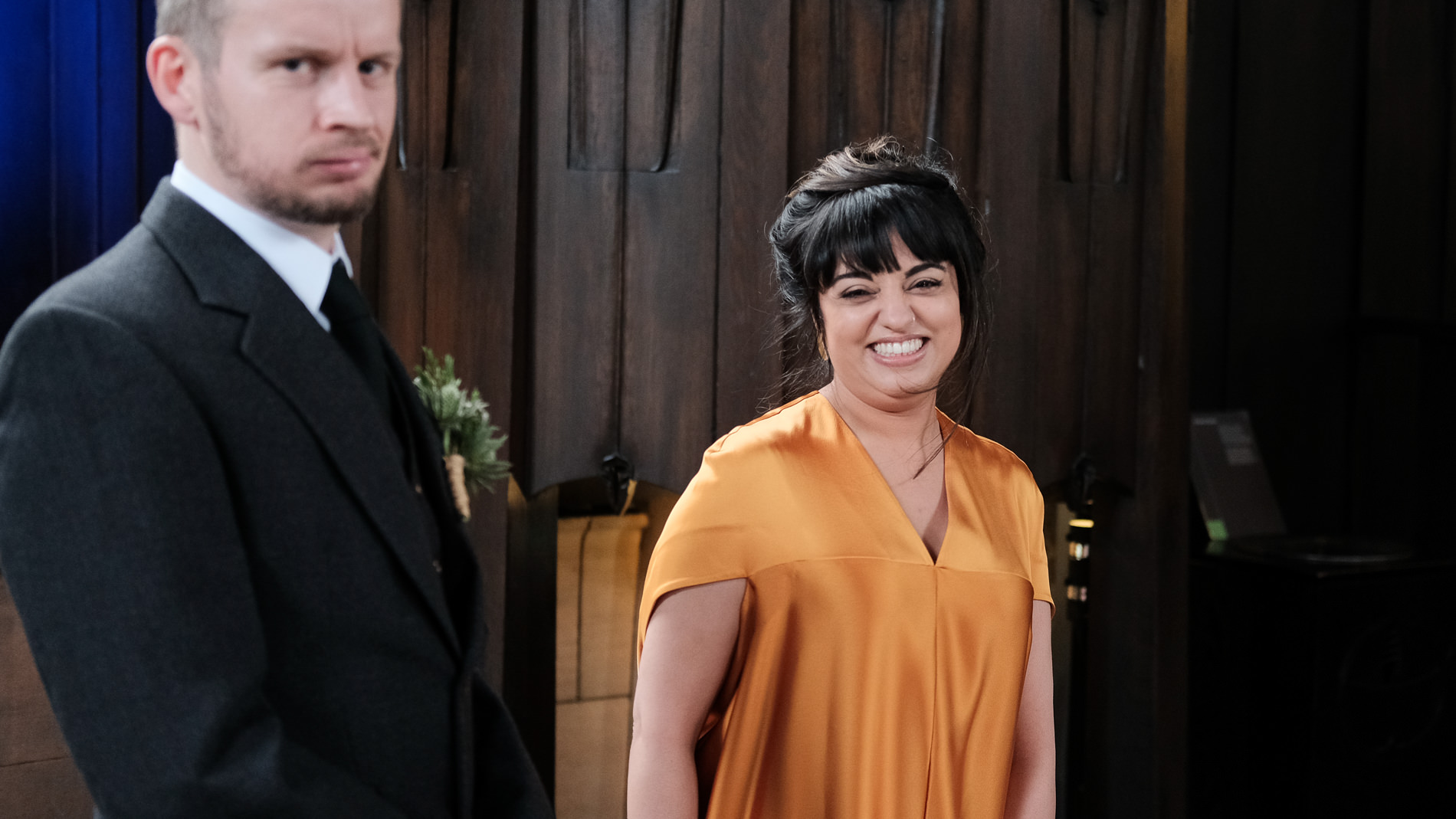 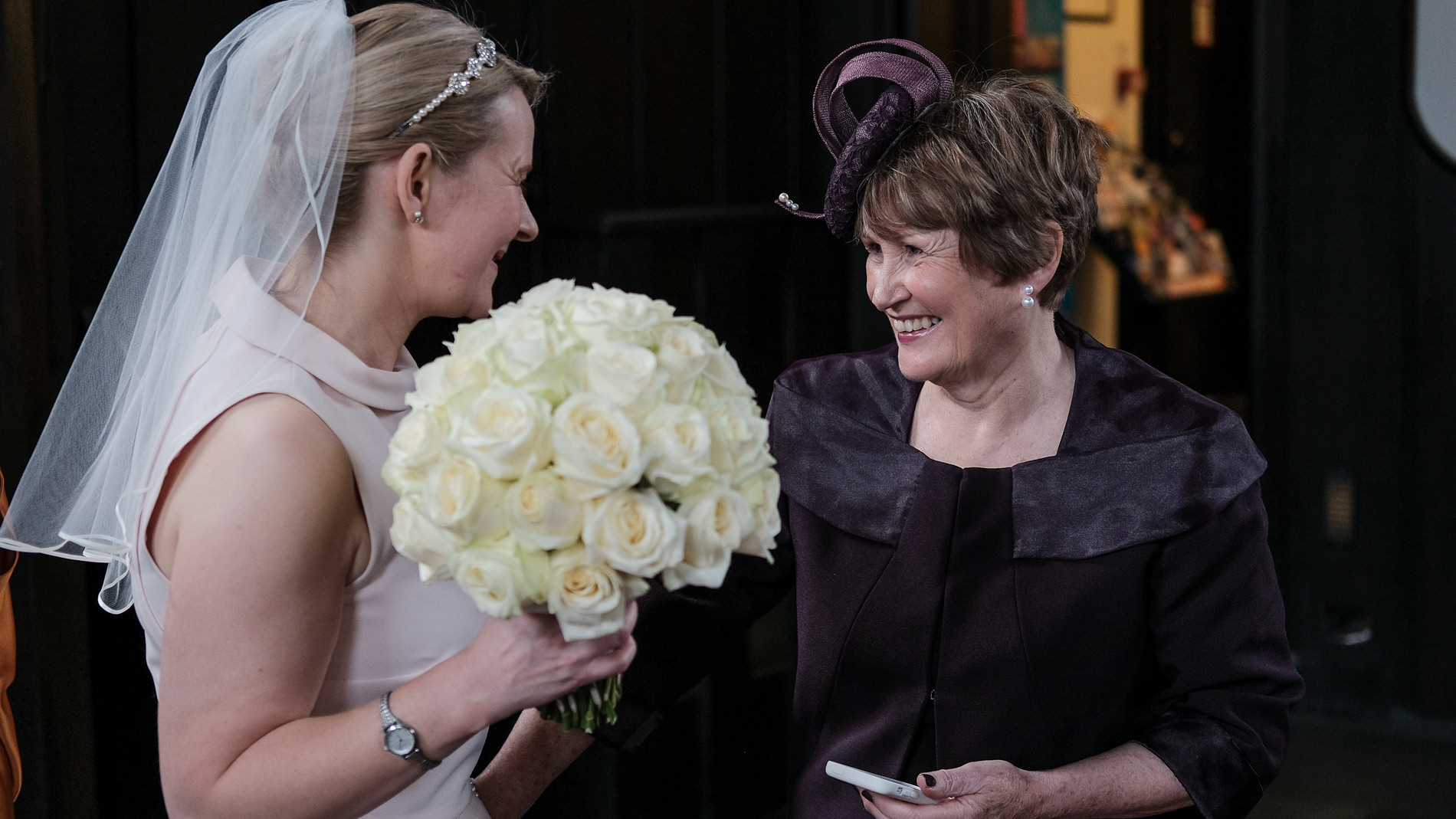 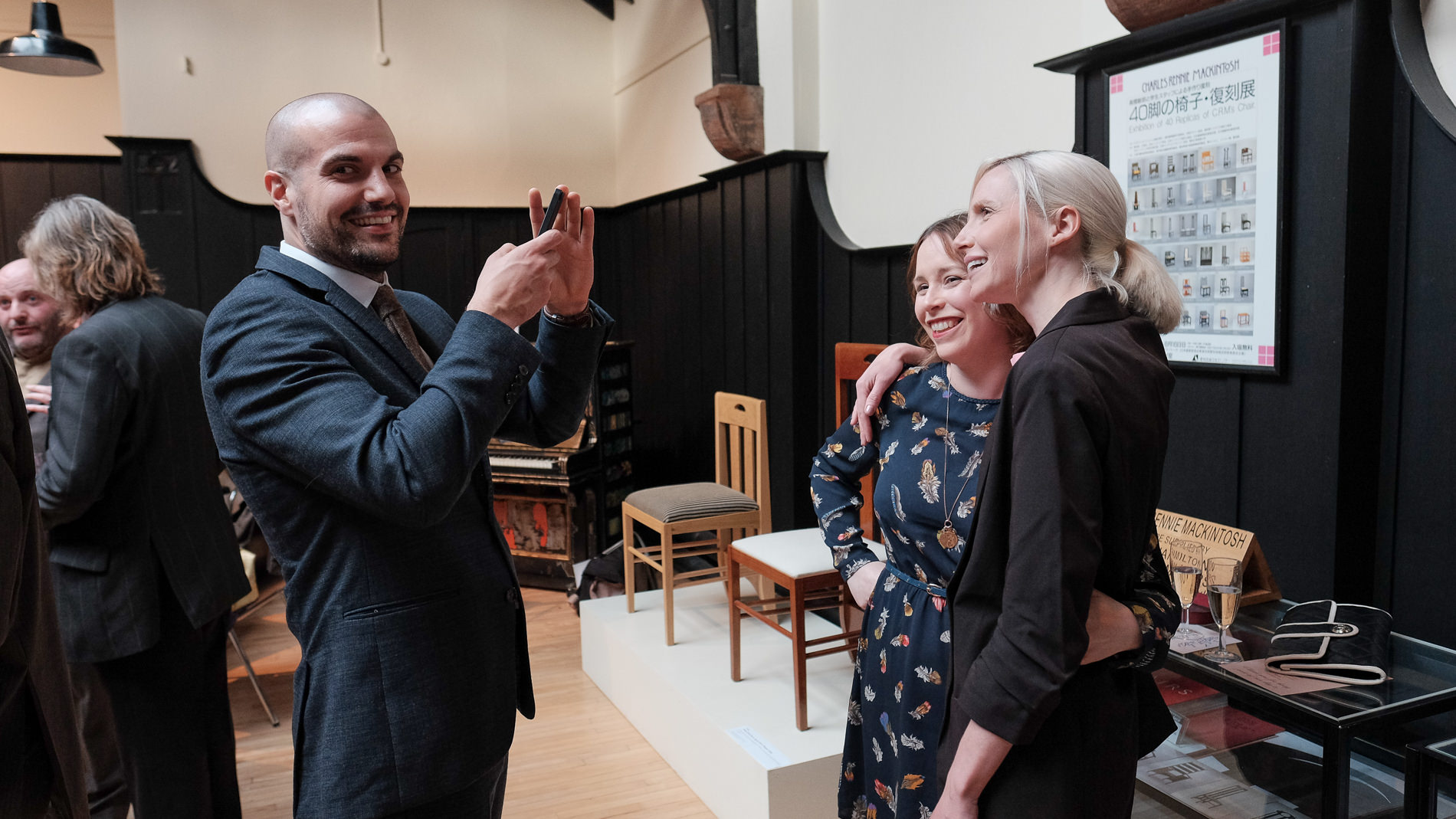 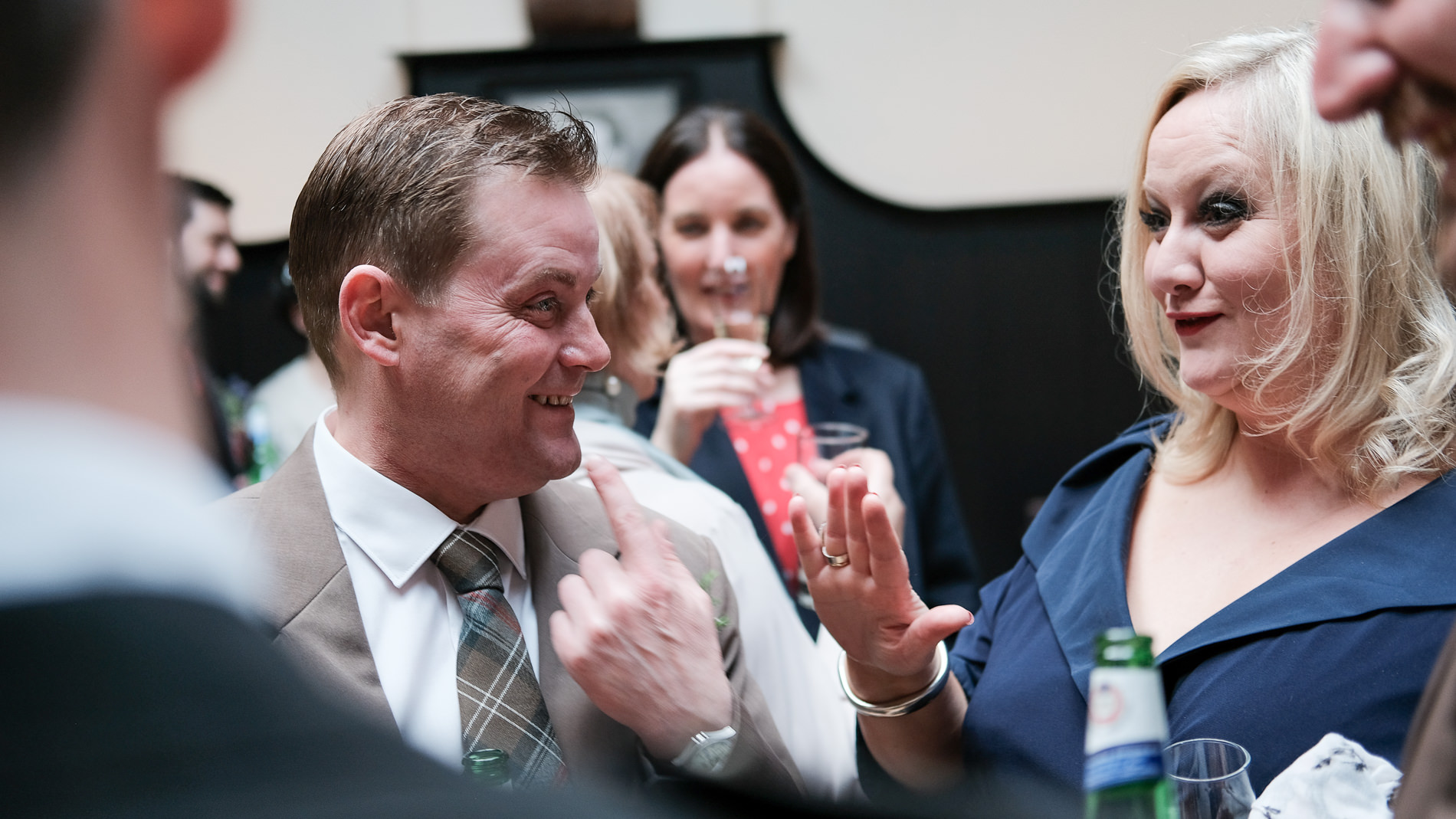 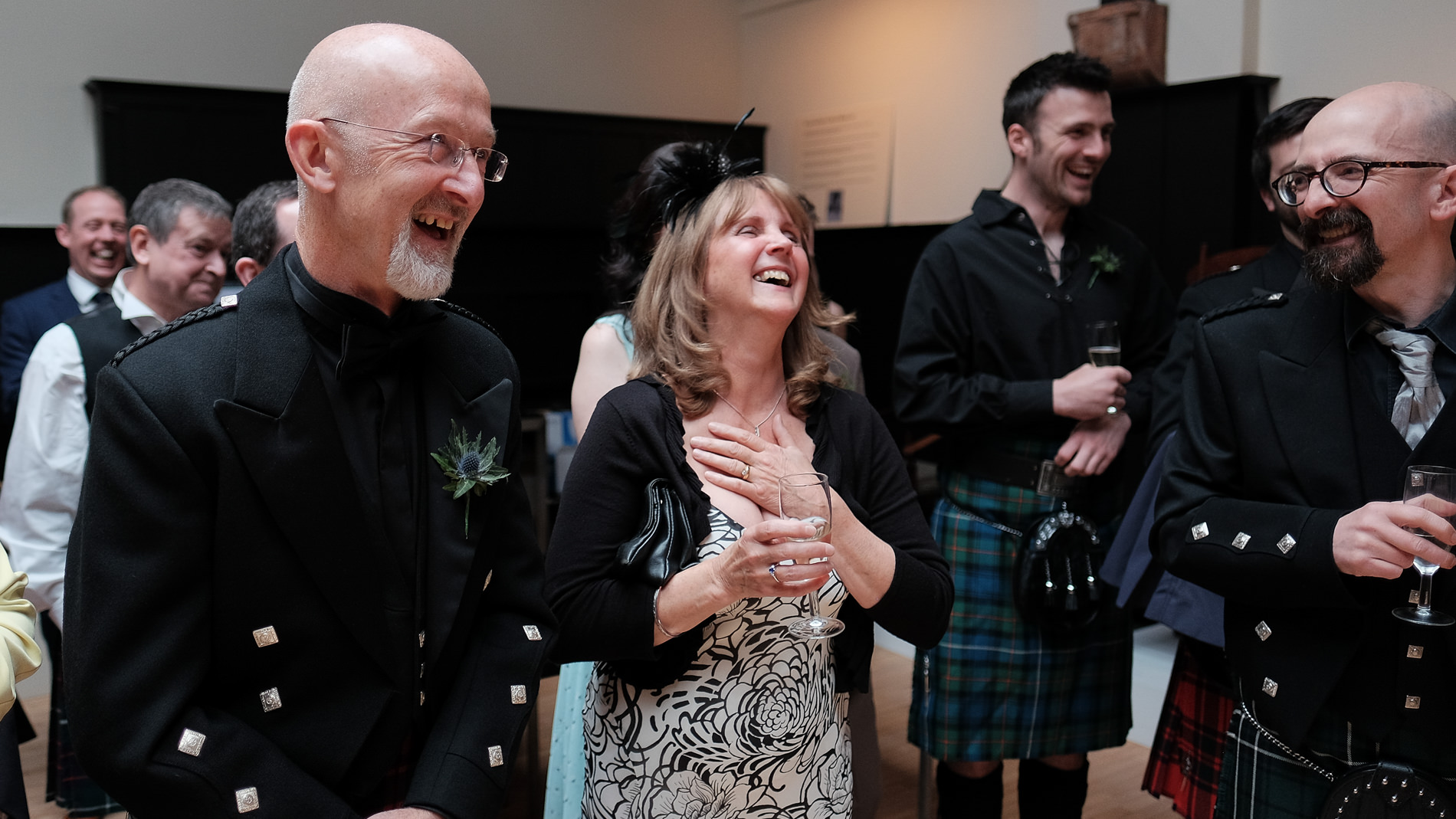 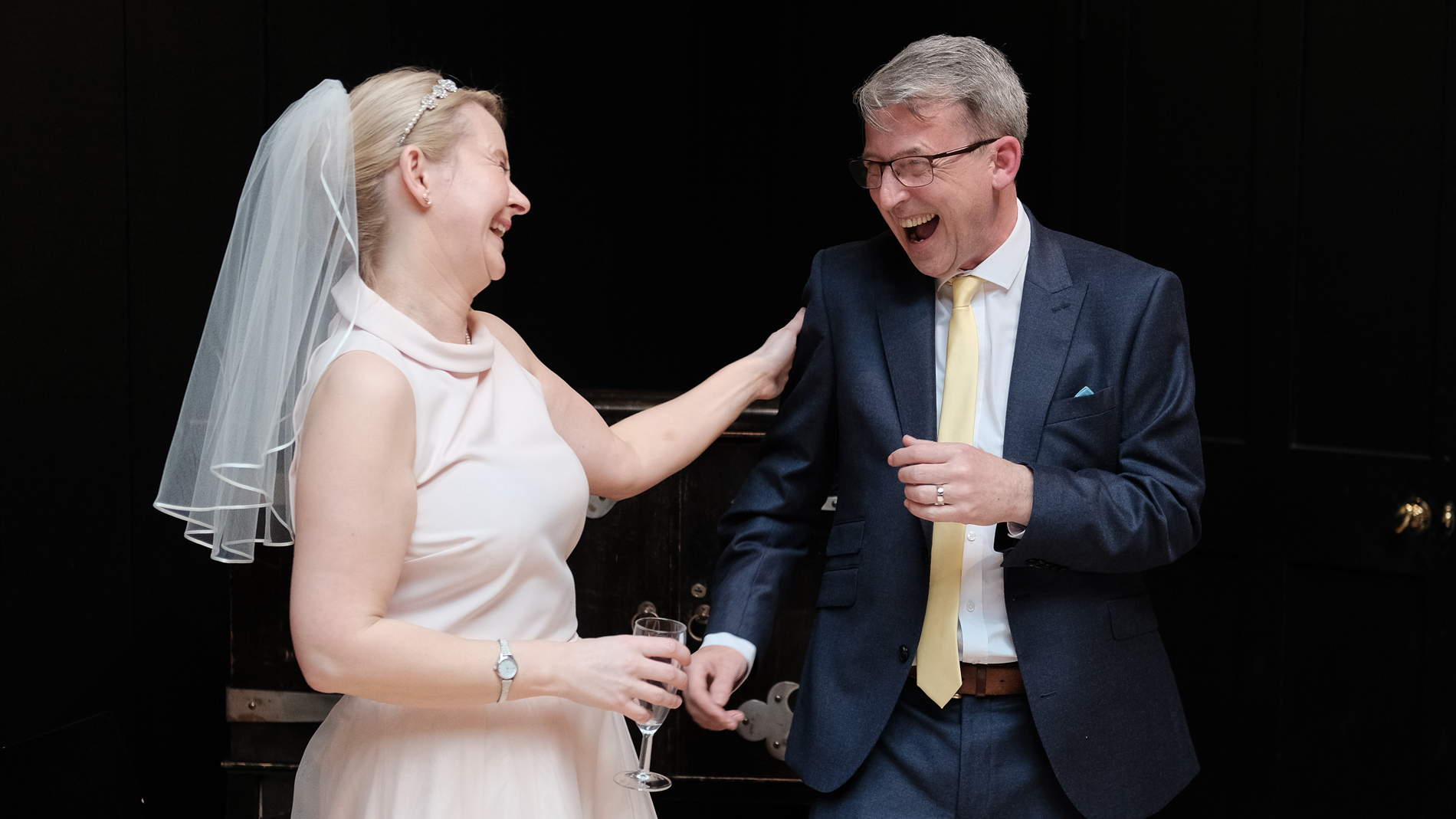 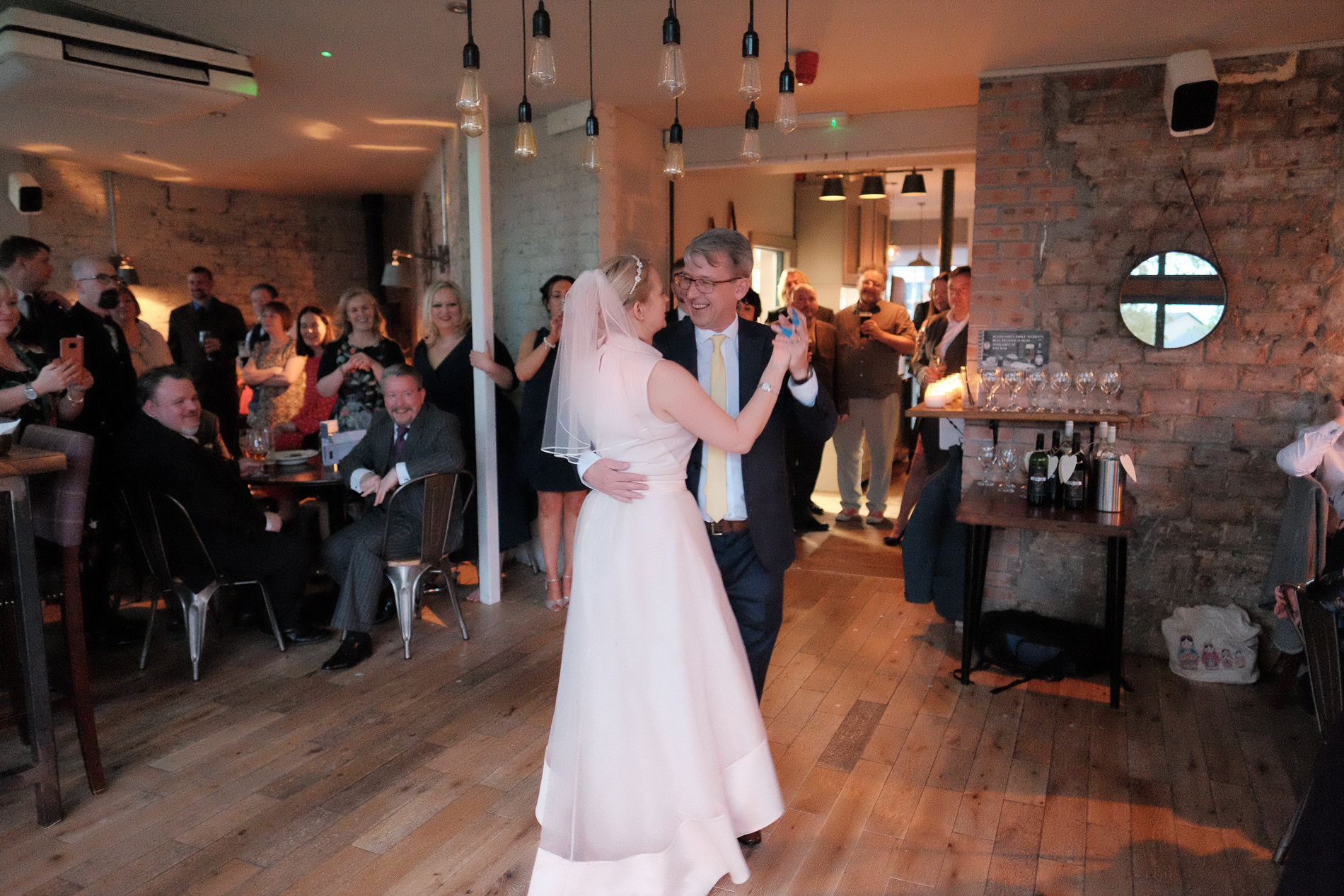 In keeping with the personalised approach taken during the ceremony, I had also made this my first attempt at a photo film. This is a far more personal version of a photo slide show which is done by recording sound: the speeches and readings and mixing clips of these with music and setting the photograph transitions in time with the music. The idea to do this came from a seminar run by the photographers Kevin Mullins and Neale James I attended at Amersham Studios last December. Neale is considered the pioneer of photo films and laid out his method for creating them (thanks).

I used to record demo tracks when I was in a band back in the late 90s early 00s so this really appealed. My original aim was just to record the speakers and mix it in to a licensed music track. On the day there was a pianist playing and an opera singer so I decided to take a chance and soundtrack the whole thing. The audio quality isn’t going to win me an Ivor Novello Award but I succeeded in capturing the atmosphere of the day and it’s way better than most of what is on Youtube. As an experiment it succeeded, although it will need to be repeatable for me to begin offering this as a product (once a scientist and all that…).

For the benefit of any photographers who manage to stay with this to the end and in the vague hope of some attention from Fujfilm Uk, Fujilove or even the Fugees: I also used a whole new camera system (Fujifilm X-T2 and X-T1) and different lens set up (Fuji 16mm f1.4 , 35mm f2 and 50mm f2) from what I had used until the end of last year. This small system was great for getting right in amongst the guests and wedding party to capture the atmosphere and fun of this wedding.

Cheers, till next time, K